All About History Book Of Greatest Battles digital subscription 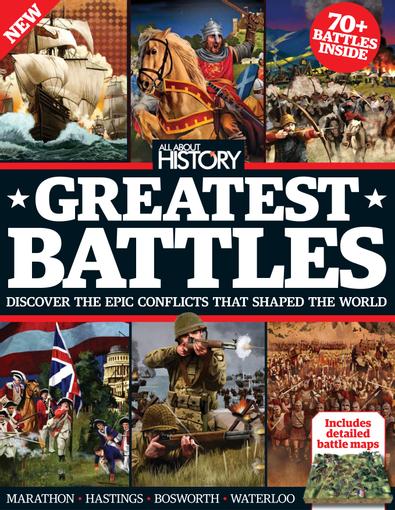 Discover the epic conflicts that shaped the world

Each conflict described in these pages marked a turning point for a nation, whether it was in defence of its identity, ideals and population, or for a cause close to its heart. War has been the chosen course of resolution for nations throughout history, from before the Persian invasion at Marathon in 490 BCE, to the Falklands War in 1982 and beyond. Here, you can examine the tactics that formed each attack and retreat as well as detailed battle maps and diagrams that recreate each move. Featuring:
10 of history's bloodiest battles - From bitter ancient feuds to modern destruction
See detailed battle maps - Investigate each movement from key battles with accurate maps
Analyse the tactics - Take a closer look at the strategies that won World Wars
25 Greatest last stands - Courageous stands, from Custer and beyond

Be the first person to tell us what you think about All About History Book Of Greatest Battles and you'll save $5 on your next purchase!