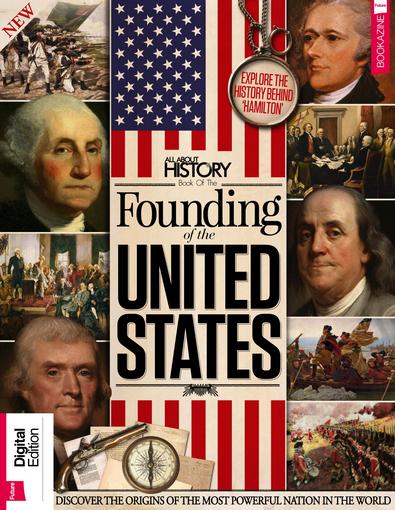 Discover the origins of the most powerful nation in the world

Despite its relatively short history, the U.S. has seen diverse change, from its inception as a colony of the British Crown, through revolution and a turbulent social history. Here we take a look at how those changes happened, from the 18th Century wars that began the revolution and led to America's independence, to the events that led to the creation of the U.S. Constitution. Featuring:
Founding the United States - Join the story during the revolutionary wars of 1763 and beyond.
Founding Fathers - Learn all about the key figures that formed the basis of the United States.
The Constitution - Find out how this groundbreaking document changed history.
Exhibits - Throughout the book, you'll find historic documents, including the Bill of Rights and more.

Be the first person to tell us what you think about All About History Book of the Founding of the Unit and you'll save $5 on your next purchase!

https://www.isubscribe.co.nz/all-about-history-book-of-the-founding-of-the-unit-digital-subscription.cfm 14383 All About History Book of the Founding of the Unit https://www.isubscribe.co.nz/images/covers/nz/541/14383/square/AllAboutHistoryBookoftheFoundi177201804846.jpg 13.96 NZD InStock /Digital/Arts & Culture/History Discover the origins of the most powerful nation in the world 13.96