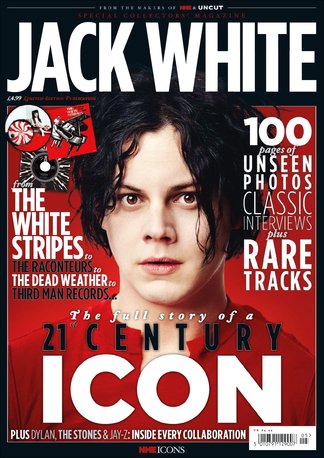 Since exploding into the public eye with the stripped down histrionics of the White Stripes in 2001, Jack White has been a consistent, powerful force in modern rock'n'roll, re-injecting it with rawness and mystique. He is, without question, a rock’n’roll icon, and this app is a celebration of that, collecting all of his classic NME interviews with the Stripes, Raconteurs and The Dead Weather, and adding galleries of never-before-seen images, loads of audio clips, amazing videos and exciting new features on Rome, Third Man Records and Jack's early life. Not to mention where he's going next...

Be the first person to tell us what you think about NME Icons: Jack White and you'll save $5 on your next purchase!