The Ultimate Guide to the Civil War digital subscription 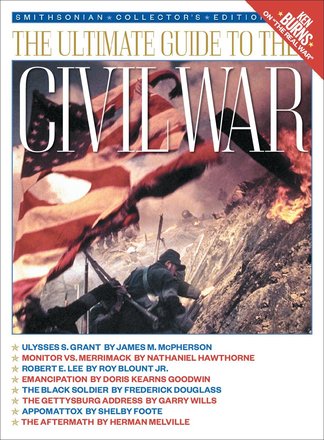 The Civil War is considered by many to be our most tragic and most triumphant moment as a nation, the American Iliad, and the man who led us through it, Abraham Lincoln, is widely thought to be our greatest president.
To celebrate the 150th anniversary of the war, Smithsonian has assembled an All-Star team of the best writers to capture the blood and glory of the struggle--from Ken Burns and Doris Kearns Goodwin to Herman Melville and Frederick Douglas. We've illustrated the issue with the most important and surprising artifacts from the Smithsonian Collections, including photographs of Lincoln and his generals by Matthew Brady, rifles and surgical kits, as well as the original Wanted poster seeking the capture of Lincoln's assassin, John Wilkes Booth.

Be the first person to tell us what you think about The Ultimate Guide to the Civil War and you'll save $5 on your next purchase!